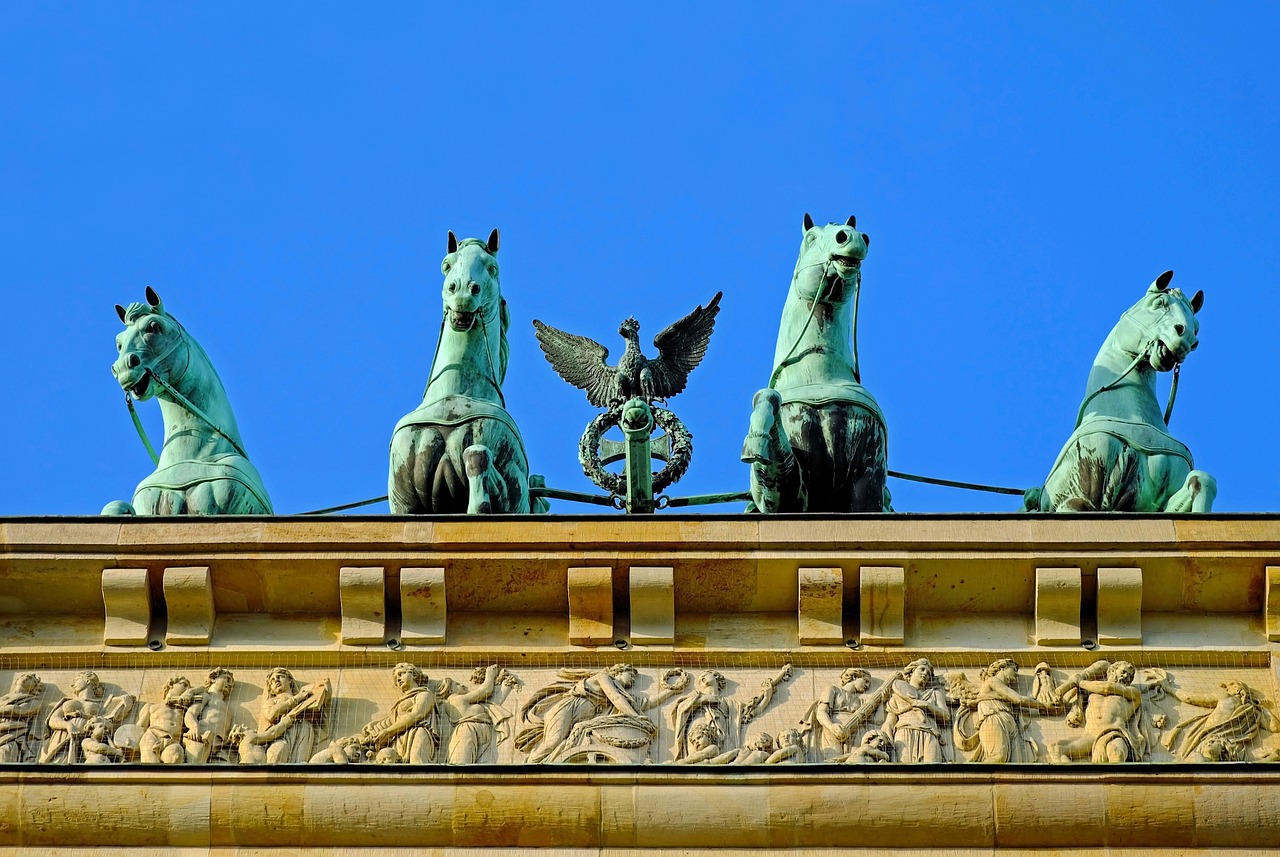 Berlin is an underrated city and less expensive than many of the other larger European capitals. If you are interested in history, particularly World War II and the Cold War, then Berlin is an ideal place to visit. I was there for a week in April 2018. Although I covered a lot of ground during my visit, I could have easily stayed for another seven days. Berlin is a very big city in terms of area, but not overly crowded. This guide will help you navigate the city and figure out what to see in Berlin if you only have a short amount of time there.

Currently, there are two airports in Berlin, Tegel (TXL) in West Berlin and Schönefeld (SXF) in East Berlin. Eventually, these will both close when the new airport, Brandenburg opens in a few years. Tegal is easy to navigate for international arrivals. Customs is located immediately where you deplane, as opposed to having a long walk like in Heathrow or Newark airport. I was on the road less than fifteen minutes after touch down and that is even with a checked bag. Conveniently baggage retrieval is right next to customs.

Use a Car Service Upon Arrival

I cannot recommend using a car service enough to get from the airport into Berlin. I like to use Rideways. Despite the fact that my flight arrived 90 minutes early, the car was still there waiting for me. My ride from Tegel to Alexanderplatz cost approximately $25USD each way.

Berlin has a great rail system with tons of train stations. It is easy to get around the city using them. There are three types of trains:

To travel to the most notable place, you use the S Bahn. Download the free Berlin Subway app, it will be invaluable. That, and Google maps helped me navigate all over the city and even into Poland. There are a number of big stations which have all three types of trains and connections to everywhere

My favorite station is Friedrichstrasse. During the years of the divided Berlin, this station was the only rail border crossing point. There is a museum dedicated to those years near one of the exits. For a U2 fan like myself, Zoostation (Zoologischer Garten) is another of the major stations that I like to visit although not as much to see there.

Note: The trains in Berlin work using the honor system. There are no turnstiles to go through like in other parts of the world. You buy a ticket at a kiosk on the platform, validate it and then get on the train. I would estimate that there a ticket checker was only on approximately 20% percent of my rides. However, you don’t want to risk not purchasing a ticket because if you don’t have one it is a large fine. This system makes the trains run faster and lessens the time spent in the train stations. Buy an all-day pass which means you can get on and off as much as you want.

What to Eat and Drink

The food in Berlin is generally pretty good. However, the selection is not as diverse as you might find in London, nor is it as tasty as in Rome or Paris. You will find a lot of Turkish places as there are over 100,000 Turks living in Berlin. The doner kebab is one of the most popular types of street food one can eat in Berlin. It is surpassed only by currywurst, a chopped sausage drenched in a sweet red curry sauce. After a late night in the bars, the food carts selling doner kebab and currywurst are usually mobbed. This is Germany’s version of fast food. The latest drinking fad is the Radler. It is a half beer, half fruit soda concoction that originated in the Bavarian region of Germany. Depending on the quality of the beer, it’s is not actually half in bad.

Note: There is no open container law in Berlin, so don’t be surprised to see people guzzling beers on the train.

What to See in Berlin

The following are the things I recommend for you to see and do if you only have a short amount of time in Berlin. None of these will take very long and all of them are free.

Walk around the Reichstag Building

The Reichstag Building is the national Parliament of the Federal Republic of Germany. It has been modernized to house the German Bundestag in the heart of the city.

To get there take the train and get off at Hofbahnhof station, despite the fact that there are closer stops. As you exit the station cross the green fields in front of the impressive building which is frequented by picnickers, cyclists, and joggers. Keep in mind as you enjoy this lovely park that in 1945 these same fields were the site of some hellacious fighting at the end of World War II.

After you are done, walk through the edge of the Tiergarten and through the Brandenburg gate. Head through the square to see the Memorial to the Murdered Jews of Europe. This Holocaust Memorial is both visually striking and very moving. Across the street from the memorial and up a bit, you will see a gated apartment block with an information board in front of it. That’s the site of the old Reich Chancellery where the office of the Chancellor of Germany was from 1878 to 1945 and the Führerbunker, Hitler’s final hideout.

Go shopping at the KaDaWe

The KaDeWe is located at the Wittenberger Strasse station which is only one stop from Zoostation. This is Berlin’s version of Harrod’s, it is the largest and most famous department store. And similar to Harrod’s it has an amazing food hall. The fish market alone is incredible, even if you don’t like fish which I don’t. Try the Weinerschnitzel here, it is supposed to be the best in the city. Getting to the Bernauer Strasse Station will likely involve a change from S Bahn to U Bahn but this is relatively easy to figure out and worth it. Get out here and see what’s left of the Berlin Wall. This is a moving and powerful living museum. As you walk down the street, you will be in the former death strip, now a garden with flowers and memorials. Finally, you get to a former guard tower which is now a museum. Definitely there you get a feel for the past and present of the city. It might feel like it is hard to figure out what to do in Berlin if you are only there for 48 hours. There really is so much to see and do. There are great museums of antiquity, art, history, and prehistoric animals, majestic war memorials, two excellent zoos, and so many small shops and restaurants tucked into all of the nooks and crannies of the city. When I visited Berlin in 1982 it was still divided, eviscerated by the wall. Today is a much different place. Berlin is a city which has managed to miraculously heal itself and reinvent itself as a place of peace. Although some of the reminders of the Cold War and Hitler era depressed me at times, I was left from my visit with feelings of hope and optimism.

About the Guest Author – John Bennett has taught high school studies in Vermont for 25 years. Actively involved in student travel, he has visited Europe twelve times since his first trip in 1982. Follow along with him on twitter.