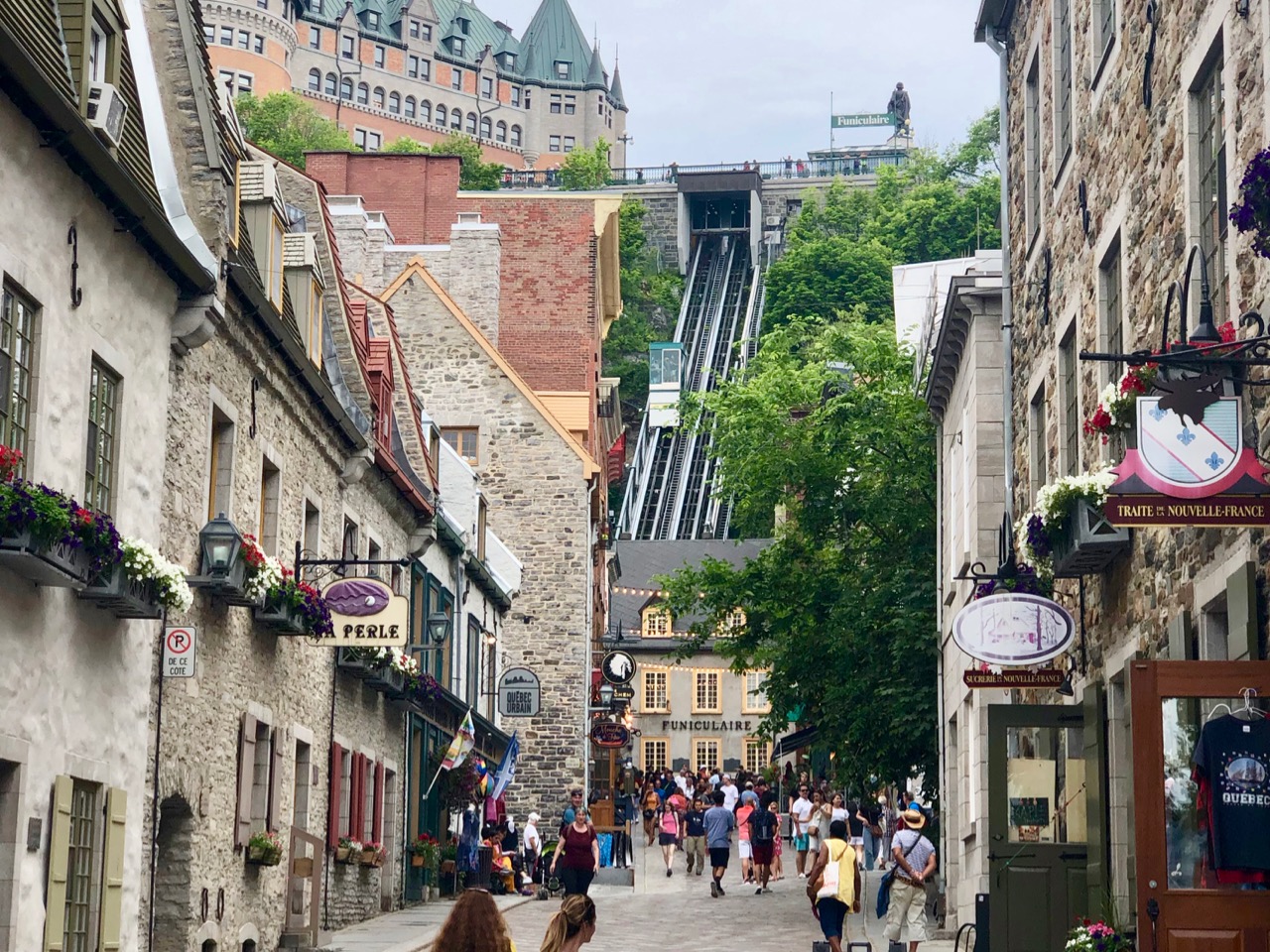 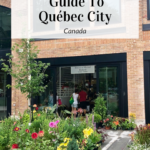 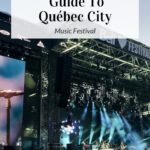 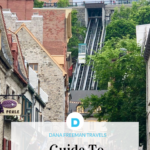 Québec City sits at the point where the St. Charles and St. Lawrence Rivers converge. With a history that stretches back 400 years, it is the only fortified city in North America north of Mexico.

Made up of 6 distinct sectors, Old Québec can found within the confines of these city walls. This UNESCO World Heritage site is perched high above the river on a cliff overlooking the port. Visitors can walk to the top or take the Funicular. Head to the town plaza known as Palace-Royal or go for a stroll along Petit-Champlain, a cobblestone street lined with shops and restaurants. Be sure to make your way over to Dufferin Terrace as well, where you’ll find the famed Fairmont Le Chateau Frontenac.

Québec City is a major foodie destination as well. While the province’s capital may famously be known for poutine, there is so much more gourmet travelers will love. Try any of these restaurants for traditional Québécois dishes.

Plan to spend a weekend or possibly longer, to discover all of the magnificence in this beautiful city.

The Le Germain Hotel Quebec is in the heart of Québec City’s Old Port neighborhood and ideally situated for exploring the city. This small boutique property is housed in one of the original skyscrapers in the old financial district. The family-run hotel has 60 beautiful rooms with city, river or port views to choose from.

From the moment you walk in, you can expect personalized service from the staff who will go the extra mile to make your stay memorable. The folks at the front desk will be happy to suggest things to do in or make restaurant reservations for you. Try the nearby Chez Rioux & Pettigrew for brunch. Or for a special night out, book a table at the Ciel Bistro and Bar, which rotates 360-degrees and has panoramic views of the city.

You should not need a car during your stay in Québec City. However, should you find yourself wanting to take a day trip to explore the region, Le Germain will be happy to lend you a car through their partnership with Lexus.

La Grand Marche – A highlight of any trip to Québec City includes a visit to the Le Grand Marché. This new gourmet destination is a must-see for anyone who wants to taste the flavors of the region.

The market has recently moved to a more centrally located 100-year-old commercial pavilion. There are free shuttles from the city to take you to the new location. Here the locals from nearby cities and towns come together to celebrate agriculture. The interior has been designed to simulate a village square, a central meeting place for locals to meet.

With one-stop shopping in mind, patrons will find wine, cheese, produce, and other locally made products all under one roof. There are butchers, fishmongers, bakers, chocolatiers and a mini supermarket as well. If you are hungry, grab a drink at SNO Microbrasserie which offers craft beers inspired by Québec winters. Or dine at Market Restaurant, which uses ingredients sourced daily from producers within the market.

Citadelle de Québec – Located strategically at the city’s highest point, you will find the Citadelle of Québec. It is the most massive British fortress in North America. The museum, located within the of the star-shaped Citadelle, houses collections from the Royal 22e Régiment. Enjoy the traditional changing of the guard ceremony, which is similar to the one at Buckingham Palace.

Québec City hosts some amazing annual summer events, including the Festibiére beer festival and the comedy fest ComediHa! However, anyone who loves live music would be remiss not to plan their visit to coincide with the Festival d ‘été de Québec.

The FEQ, as it is known locally, takes place annually in July. It is sprawled out over ten venues around the city center with the main acts playing on the historic Plains of Abraham. It the longest-running and largest outdoor music festival in North America. An 11-day pass only costs CAD 115 and gives you access to over 250 bands!

île d’Orléans – Roughly two times the size of Manhattan the île d’Orléans is home to farms, orchards, and wineries. It is an ideal place to spend the day. Venture around the island and enjoy scenic stops at artisan outlets, farm stands, and lunch at a local bistro. You will discover vineyards such as Maison Cassis Monna & Filles or the Vignoble Isle de Bacchus.

Montmorency Falls – Located just 15 minutes from Old Québec, plan a half-day trip visit to the breathtaking Montmorency Falls. Take the cable car up to the top where you can grab a bite to eat at the restaurant. Afterward, take a walk across the falls via the suspension bridge. For the more adventurous types, try zip-lining down in front of the falls. Alternatively, you climb one of the three via Ferrata circuits along the rock face with a professional guide. If heights are not your thing, there is a walking trail that runs alongside the bottom of the basin.

Montreal to Québec City by Train

Getting to Québec City from Montreal is simple. Rather than drive, consider taking the train. Via Rail Canada offers service between the two cities multiple times a day. The journey takes approximately three hours. The main train station in Québec is Gare du Palais, which is walking distance to Le Germain Hotel Quebec. Just make sure your suitcase has wheels.

Disclosure: Complimentary accommodations, as well as some meals and activities, were provided by Quebec City Tourism and their partners. No other compensation was received for this review. This post reflects the honest opinion of my experience without outside influence.