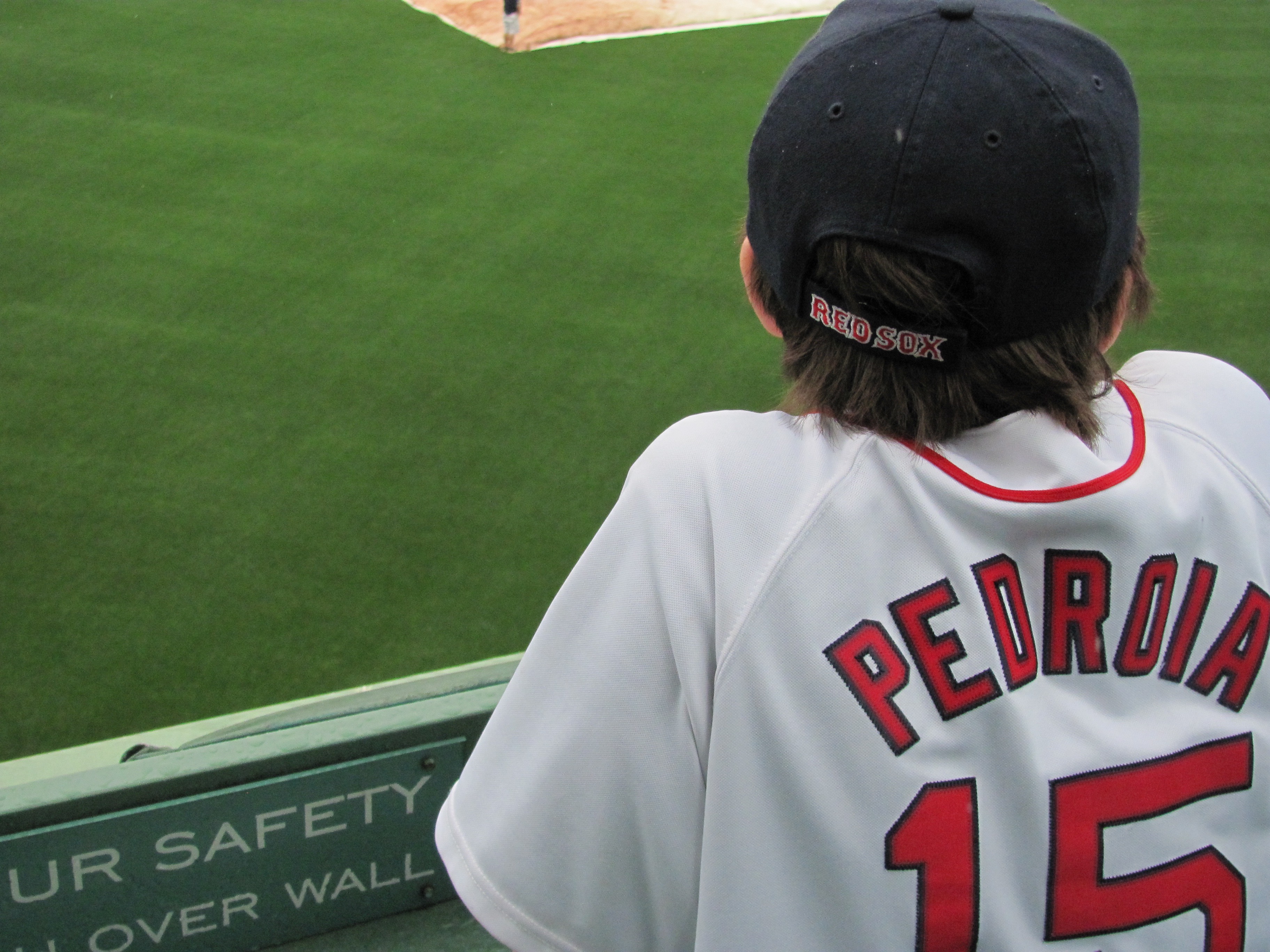 Boston is only three and a half hours from Burlington, Vermont. We don’t take advantage of visiting this city as often as we should. With a little advance planning we were able to swing just 48 hours in Boston that yielded us tons of fun.

We stayed in a Gold Level room at the Battery Wharf Hotel (formerly the Fairmont Boston). It had plenty of space for our family of four plus concierge-level services. When possible I always try to book a room that include access to the club. It usually saves us money as they provide breakfast and afternoon hors d’oeuvres. The hotel’s location was ideal for many of the things we wanted to explore in the short time we would be there.

The first day our family divided and conquered. The boys were off to a Red Sox game, while the girls were headed to the Boston Children’s Museum. It has been my son’s dream to sit on the Green Monster for a Red Sox Game.  Sure we could have probably paid a lot through an on-line ticketing agency, however, we scored our $35 standing-room-only tix using the lottery on the official Red Sox web site. We signed up in early January in hopes we would win the right to purchase tickets on the Green Monster. The lottery drawing was done in February, when we were conveniently on an “unplugged” vacation. However when we were notified that we won, my husband was given a hall pass to sneak off and purchase the tickets. Prices are $35 standing-room-only (SRO) or $160 seated seats.  We choose standing. After seeing the standing section, we wouldn’t recommend that option for anyone under 5ft.

The boys went to a Wednesday 1:00 game. It ended up raining and they were able to snag 2 seats rather than having to stand for the whole game – what luck. There isn’t really a bad seat in the park, but being on the Green Monster is a really unique experience for any Sox fan.

There are only two places for food in drink inside the Green Monster area. Choices are limited to burgers, hot dogs, sausages, and peanuts. This cordoned off space requires you to show your ticket and have a hand stamp in order to come and go. Although this is good as it helps with crowd control you should know that there is no bathroom in this area.

Parking around the stadium isn’t optimal, so they took the subway. They closest stop only a 5 minute walk. This seems to be the best mode of public transportation to/from the stadium.

My daughter and I decided to walk the 25 minutes from the hotel to the Boston Children’s Museum, with a quick stop at Faneuil Hall for lunch.  We choose to sit and have wait service at a restaurant rather than go to the large food court and have to vie for a table. We choose Dick’s Last Resort. Personally I wouldn’t recommend it, unless you like “service with sarcasm”. I couldn’t believe how rude our server was.

When we got to the museum we found we were able to use our Burlington, Vermont ECHO membership to gain free access to this museum (savings = $24.00).  I can’t say enough about this amazing museum.  From the moment we walked in we were both visually drawn in.  Immediately past ticketing, in the Atrium, kids can’t help but want to head straight for the three story climbing sculpture. My 9 year-old had no problem weaving in and out of the spaces and making her way to the top.  But I saw kids of all ages mastering the task.

After that we spent several hours wandering through the museum seeing 3 floors of exhibits that included a very cool Arthur & Friends town setting, Kid Power, Peep’s World (sand and water tables), The Construction Zone and the new exhibit: The Wizard of Oz.  Personally, I was glad that I had only taken my my 9 year-old daughter.  I felt like the museum was a bit too juvenile for my 12 year-old son.

There are a few things worth noting that we observed but didn’t take advantage of.   On the second floor there is a special Play Space designed for kids 0-3.  There is a very cool Countdown to Kindergarten exhibit. From the mock school bus to the model classroom, this area is sure to help with the transition for the first day of school.  On the first floor there is a large lunchroom. You can bring your own lunch or buy from the adjacent Au Bon Pain.

The morning of our last day it was literally a “heads or tails” decision between the Aquarium or the Museum of Science.  A flip of the coin determined our plan for the day — the Aquarium.  Again we choose Fanuiel Hall for lunch but this time we opted for the food court so everyone could pick their own meal.  What a smorgasbord of dinning choices for even the pickiest eaters! My pizza/burger boy was tempted into the fried shrimp.  You can’t help but be swayed.

When we arrived at the Aquarium I was surprised to see such a long line outside with an estimated wait time of 25 minutes just to buy tickets!  Meanwhile, I was thinking for an entry fee of $77.80 for our family of four (not including IMAX) it better be worth the wait.  Note there is no museum reciprocity here of any kind. Our first stop once inside was the touch tank for the sharks and sting-rays.  The kids enjoyed how the sting-rays felt; “slimy” and “gushy”. Our kids didn’t get a chance to touch any sharks. They seemed to be afraid that day and were hanging back.  Apparently this happens when their are too many eager little hands in the tank. Two museum staff members were constantly talking the kids through the rules, yet educating them at the same time about the fish. Also in this wing of the building are the Jellyfish. Don’t miss them. They are downstairs in quiet area.

Next we were off to the main area, a four story, giant ocean tank. The staring attractions here are the penguins which surround the bottom of the tank. You can’t help but stop and stare at these creatures.  Next wind your way up the and around this massive space admiring marine life everywhere you look.  Finally arriving at the top where you can peer down into the tank and and ask questions to the diver on hand. Boston is a city with so many fun family things to do.  I felt like we did a lot in a short amount of time, but there is so much to see. First stop on our agenda next time will the Museum of Science!

Comments are now closed for this article.